In an industry where talent is often transient, it is refreshing to meet a captain who demonstrates remarkable longevity coupled with quiet humility and humour.

When we first met with Neville Hunt, Captain of MV MYWAY he expressed surprise in being the subject of an article as he said, in his own words, he was not a ‘rock star’.  He is certainly somewhat of a legend here at Gold Coast City Marina & Shipyard (GCCM) and after an hour of chatting, we were left impressed with the composed and unflappable nature he exhibited.  This alone goes a long way to explaining why Neville has been a captain for the same yacht, MV MYWAY, and same Owner for an impressive 17 years. Originally hailing from Cairns and working in its thriving tourism industry, Neville (or Nifty to his friends and the shipyard) was asked by friend, Joe (Black) Akacich, to run a delivery from North Queensland south to the Gold Coast.  The yacht was MV MYWAY, a 35-metre aluminium luxury catamaran, on which Joe had been the rebuild captain and run for three years.  Neville accepted and after a year of ad hoc deliveries became the captain after his friend moved on.  So began a clearly symbiotic relationship between captain and Owner that has lasted close to two decades.

Neville, for his part, relocated his family to the Gold Coast which is MV MYWAY‘s homeport for the Melbourne-based owner.  The fully private but busy yacht runs north in June of each year, often after a stint in the glamorous Sydney Harbour, to northern Queensland where the family and corporate guests enjoy the best of the season.

MV MYWAY is unique and in some ways, well before its time.  Rebuilt in 1997 specifically for cruising the expansive east coast of Australia, she has a large platform beyond the transom primarily for carrying the 22-foot Boston Whaler tender, Blue Eyes (it is no surprise the Owner is a Frank Sinatra fan).  The platform, in its various configurations, doubles as an enclosed swimming area for the Owners’ grandchildren or a beach club for sun bathing.  Keep in mind, this feature was designed and built 20 years ago way before the current trend of beach clubs, usually found on much larger superyachts.

Whilst cruising this coastline for which she was designed, Owner and Captain plan for maintenance, repair and upgrades each year.  And even more surprising than their 17-year working relationship, is the 16-year working relationship the yacht has with GCCM and its various onsite trades.  For 16 consecutive years, MV MYWAY has completed all of her maintenance, refits (including a major internal refit and a full refinish) and equipment upgrades at the same shipyard.

When we asked Neville why he and the Owner continued to return he gave quite a few reasons; the proximity to their home port, the wide array of trades, services and products onsite, the presence of key people who were involved in her rebuild 20 years prior.  Ultimately though, he felt the yard continued to look after the yacht’s needs, the crew’s comfort and the Owner’s cheque book and if those things weren’t continually in place, they would travel further afield for their annual works.  It just has never arisen.

MV MYWAY is currently on the yard at GCCM preparing for the next season in North Queensland.  When asked what is next, Neville indicated perhaps The Kimberley.  It is beyond his current favourite and the yacht’s most remote destination so far, the Torres Strait.  The Kimberley was once a remote and seemingly unreachable destination for yachts but recently, it has been regularly visited by others opening up services and infrastructure, not to mention a discourse among captains and desire to visit by domestic and international guests.

If one day you are in The Kimberley and you hear the croon of Mr Frank Sinatra, you will know Nifty Neville and MV MYWAY are in town. 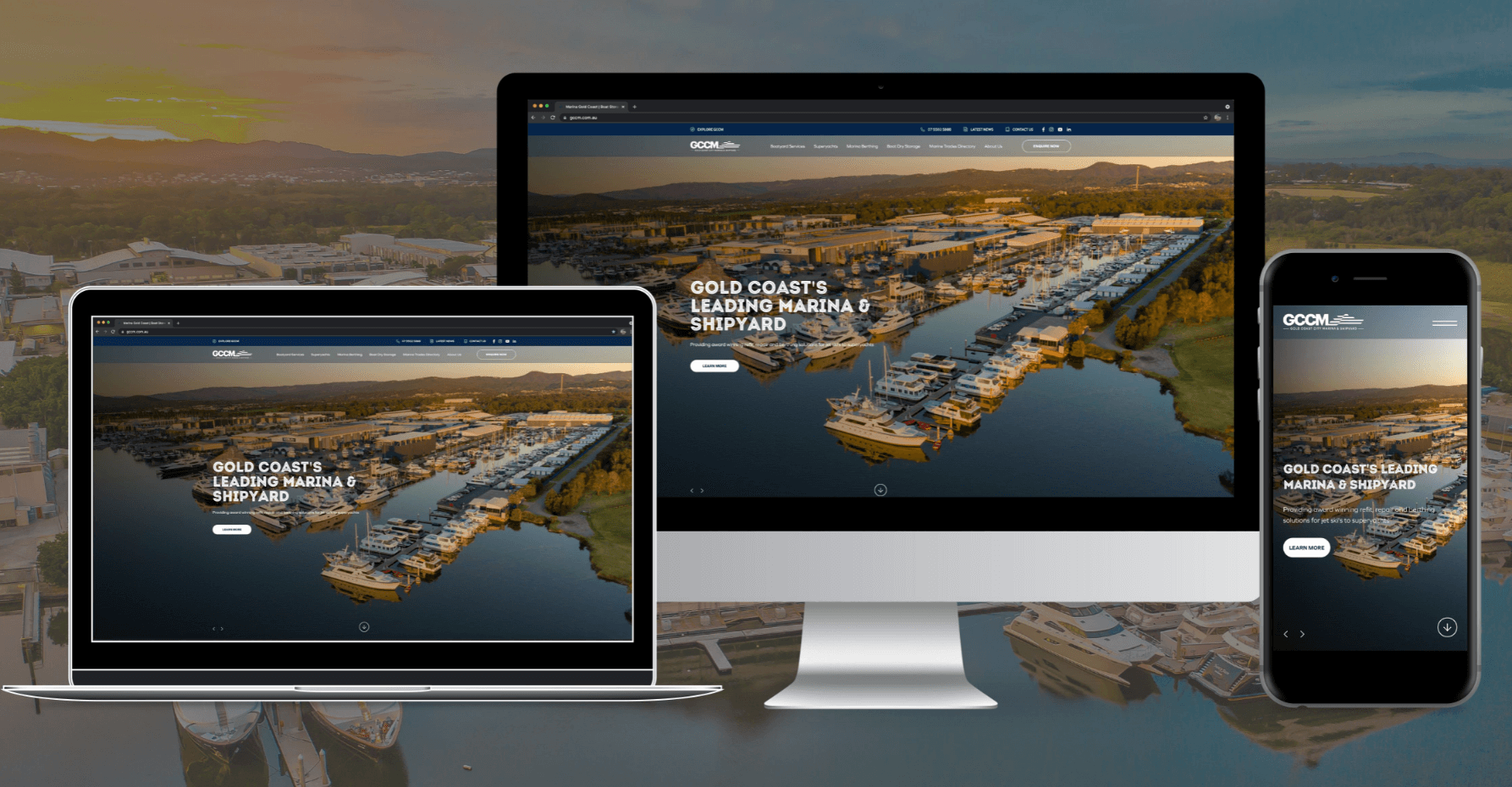 Gold Coast City Marina has been confirmed as a finalist in the 2021 ACREW Superyacht Business Awards. In what has been an exciting week for
Read Article
Boatyard Services